Share it! Science : What's the Deal with the Nobel Prize Anyway?

What's the Deal with the Nobel Prize Anyway?

There will be some big announcements in the world of science this week- The Nobel Prizes are being awarded in Physics and Chemistry. I am excited to see what discoveries the winners are being honored for, although when I really think about it, I realize that I don't really know too much about the Nobel Prize itself or the history of the prize. Do you? I know that there is a monetary element and prizes are given in multiple categories such as the sciences, peace and literature...what else? I must admit, it is a little embarrassing.

Let's save future embarrassment by learning the somewhat quirky history of the Nobel prize, meeting this year's science prize winners, and linking up with some lesson plans and activities to teach about the Nobel prize. Don't worry, we'll get through this together!

Alfred Nobel was a Swedish scientist and inventor. His most famous claim to fame (besides his prize of course) was inventing dynamite in 1867. Lore has it that upon the death of his brother, a French newspaper published an erroneous obituary for Alfred instead. The obituary was less than flattering, stating that "The merchant of death is dead" in reference to his dangerous invention of dynamite and other armaments. Realizing that he was not a well-loved person, Alfred Nobel wished to leave a more positive legacy. He wrote his will to leave most of his money, a fortune amassed by investing in his brother's development of the oil fields in the Caspian Sea, to a trust that would award the Nobel prizes.

Nobel's will stated that the prize shall be given to those who, "conferred the greatest benefit to mankind". The first of the Nobel prizes were given in 1901. The categories for the prizes have remained unchanged since their inception: Chemistry, Physics, Physiology and Medicine, Literature and Peace. In 1969, the Sveriges Riksbank Prize in Economic Sciencesin memory of Alfred Nobel  was added to the list of prizes that are given each year by Royal Swedish Academy of Sciences.

Scientific discovery has certainly evolved since the prizes began and many have called for an update of the Nobel Prizes. Some of the arguments include acknowledging that science involves collaboration of many people, not only individuals, and including the many fields of research that are not represented by the three current science prizes.

In this episode of "It's Okay To Be Smart" Joe Hanson humorously describes some of the ways the Nobel Prize could be updated. (Please preview before showing to students)

The 2015 winners of the Nobel Prize in Physics, announced today, October, 6th 2015, were Takaaki Kajita from the University of Tokyo in Japan and Arthur B. McDonald from Queens University in Kingston, Canada. They shared the prize they were awarded for the discovery of neutrino oscillations, showing that neutrinos have mass.

Now for those of you who know you've heard the word neutrino before but don't quite have a handle on what it means (I'm raising my hand) here is a brief explanation:

Neutrinos are very tiny particles that move close to light speed. They are one of most common particles in our Universe, but are not well understood. They are often called "ghost particles" because they barely have a charge or mass. Despite this, they are one of the universe's basic ingredients. You have thousands of them inside your body. Learning more about neutrinos allows physicists to understand some of the most fundamental questions in physics.

To better understand neutrinos and the scientists that won the Nobel Prize for studying them, visit this page to read more.


Now that you (and I) understand more about the history of the Nobel Prize, there are many avenues available for teaching and learning. There is certainly a long list of notable scientists, and those who have been snubbed throughout the years to discover in a science class. There are some interesting questions about human character inherent in the story of Alfred Nobel that could be fun to explore in a history, ethics or writing class.

Don't you feel better informed now? I know I do!

Some good books for learning about the Nobel Prize:
(affiliate links, click images for book details) 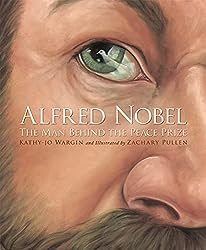 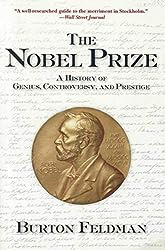 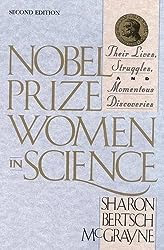 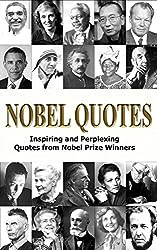 Lesson plans, links and information about the Nobel Prize: