Share it! Science : The Girl Who Thought in Pictures: Amazing Women in STEM Project

The Girl Who Thought in Pictures: Amazing Women in STEM Project

I am so pleased to be sharing another awesome new children's book! The Girl Who Thought in Pictures: The Story of Dr. Temple Grandin is a wonderful picture book describing the childhood of the world renowned animal scientist and speaker, Temple Grandin, and how she overcame being different to become a successful scientist and writer. It is one of two picture books in the new Amazing Scientists book series.

In addition to sharing this new book with you, I have included a free "Amazing Women in STEM Research" printable that will be perfect for science and language arts projects in the elementary classroom or with the kids at home. To get you started on your project, also included in this post is a list of inspiring women in STEM with accompanying children's book suggestions. 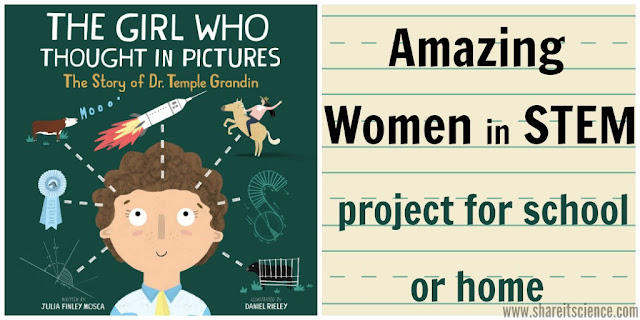 This post contains affiliate links, meaning I will receive a small commission (at no additional cost to you) if you make a purchase after clicking a product link. Please see disclosures page for more details.


I was very excited to receive my review copy of The Girl Who Thought in Pictures . I love so many  things about this book! I love that The Girl Who Thought in Pictures is written in rhyming text, it makes for a lovely read aloud. The illustrations and the way the text is laid out is visually appealing to children as well. The book does an excellent job of describing some tough topics, Dr. Grandin's childhood, her autism diagnosis and how through it all she found things she loved and ways to become successful.


I think it is so important for children to find relatable role models in the sciences and The Girl Who Thought in Pictures does such a great job of illustrating Temple Grandin's signature quotes: "Different, not less." and "The world needs all kinds of minds." I think that all kids most likely experience feeling like they don't fit in at some point in their life, and it is wonderful for them to hear the message that even when you are different, you are needed, you can find supportive people, you can learn what works for you, and you can find success. 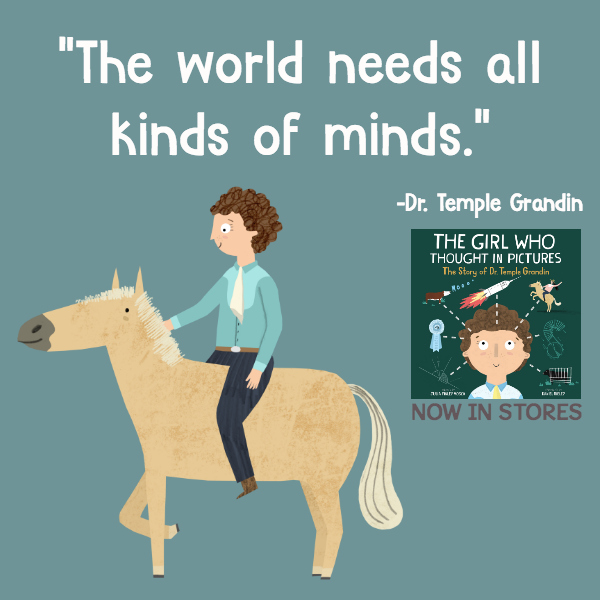 As well as a great read-aloud story, the book includes a timeline of Temple Grandin's life, a letter from Temple Grandin, highlights from an interview and detailed biographical information. It could definitely be used as a resource in an elementary biography or research project.

Here is a sneak peek:

I also love that this is just one of two books depicting a strong female role model in the sciences. The second book in the new Amazing Scientists book series is The Doctor with an Eye for Eyes: The Story of Dr. Patricia Bath, a groundbreaking ophthalmologist. I'm excited to see future additions to this book series!


Use this free 2-page "Amazing Women in STEM Research" printable to get your students or kids at home started on a research or biography project featuring a notable women in a STEM field. The list of women and related children's books below will have you well on your way. 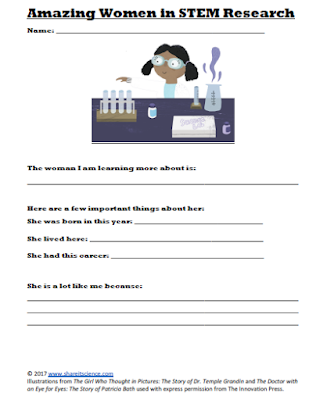 
In addition to Temple Grandin and Patricia Bath, the following is a list of female scientists, mathematicians, computer coders, and engineers. No doubt you'll know some of these names, but others will most likely be new. They are all fascinating people! Accompanying each woman is a list of children's books about them. 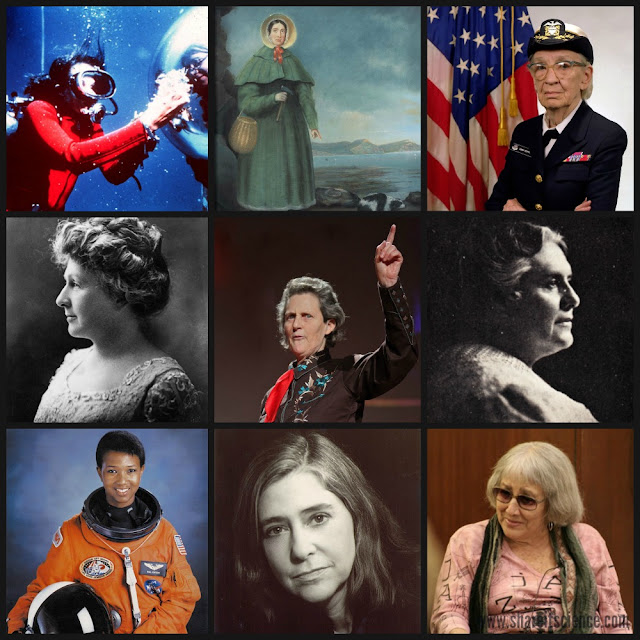 An English fossil hunter and paleontologist, discovered a fantastic source of sea fossils from the Jurassic period.

The first woman to receive a medical degree in the United States, and an advocate for future female doctors.

An American astronomer whose work cataloguing the stars led to the system of modern stellar classification.

Marine biologist, conservationist and writer, her influential book Silent Spring waned of the use of chemicals like DDT on the environment. 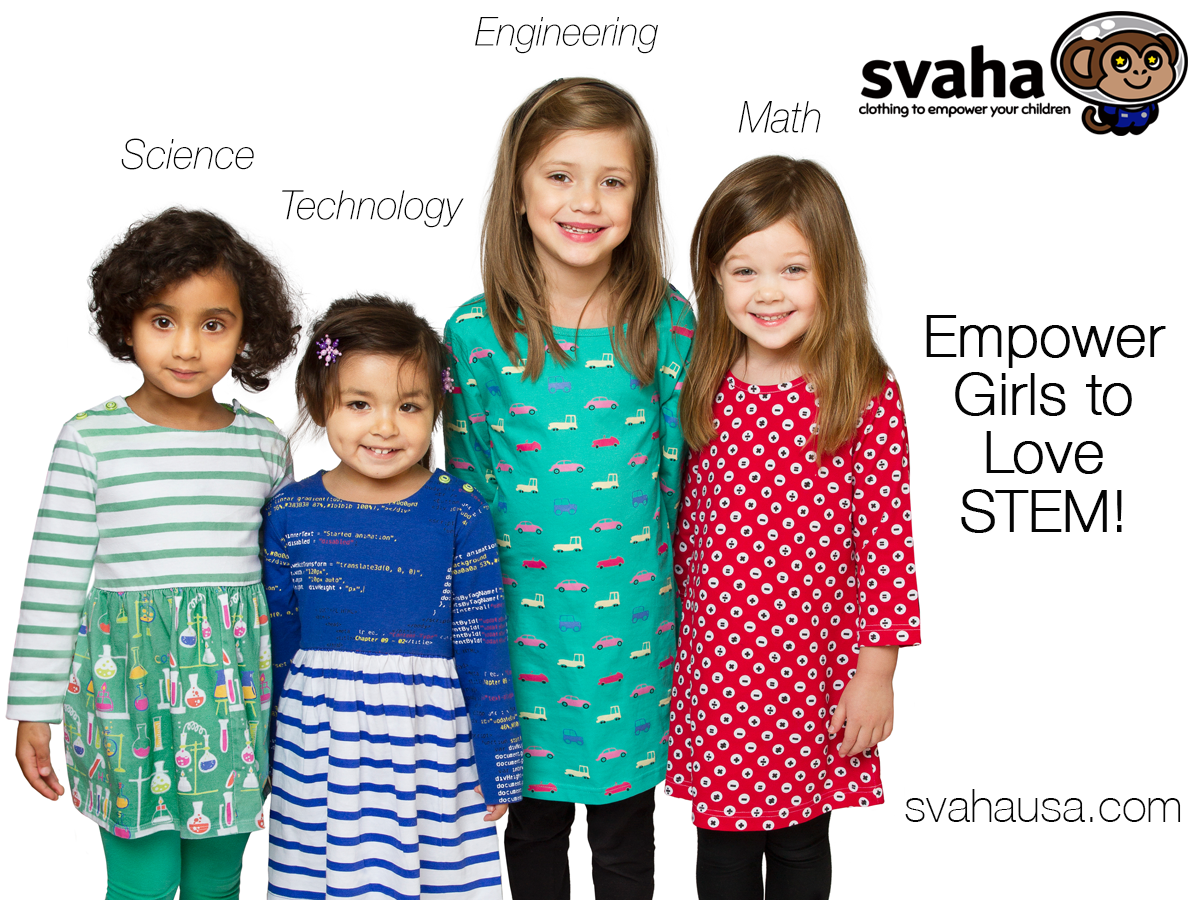 American ichthyologist known as "The Shark Lady", increased our knowledge of sharks and other fish, as well as worked to improve shark's negative reputation.

American conservationist, teacher and artist, was a pioneer in the nature study movement.

Polish physicist and chemist who completed pioneering work in the field of radioactivity with her husband, Pierre. Won Nobel prizes in Chemistry and Physics.

Molecular biologist who was responsible for much of the research and understanding of the structure of DNA, despite the findings being published by James Watson and Francis Crick first.

British primatologist, the world's leading expert on chimpanzees, ethologist, anthropologist and UN Messenger of Peace. Also the founder of the Jane Goodall Institute and the Roots and Shoots program.

American computer scientist and systems engineer. As Director of the Software Engineering Division of the MIT Instrumentation Laboratory she helped develop software for the Apollo space missions.

NASA astronaut, engineer and physician. The first African-American woman to travel in space.

African-American mathematician, or human calculator, who was critical to early NASA missions, such as Project Mercury and Apollo 11. 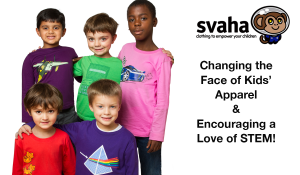 Called the "most famous 19th-century inventor" known for the flat-bottomed paper bag.

American astronomer who discovered relationship between the luminosity and the period of Cepheid variable stars. Although she didn't get much credit during her lifetime for her discovery, it helped future astronomers measure the distance between Earth and other galaxies.

English mathematician and writer, known for being the first "computer programmer" as she created the first algorithm intended to be carried out by the first proposed computer.

American physicist and astronaut, the first American woman in space!

American geologist and cartographer, who along with Bruce Hezeen, completed the first scientific map of the entire ocean floor.

Collections about Women in STEM

Buy a Book and Help a Good Cause


You may not be aware of this, but when you purchase a book published by The Innovation Press, like The Girl Who Thought in Pictures, you are not only getting a great book for the children in your life, but also helping others. For every 10 books sold, The Innovation Press donates one book to First Book, getting books into the hands of kids and schools in need. 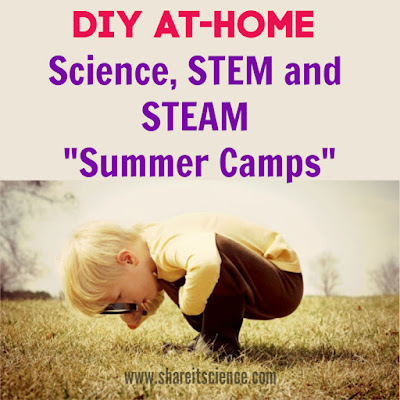