Share it! Science : Time to Update Your Periodic Table!

Time to Update Your Periodic Table! 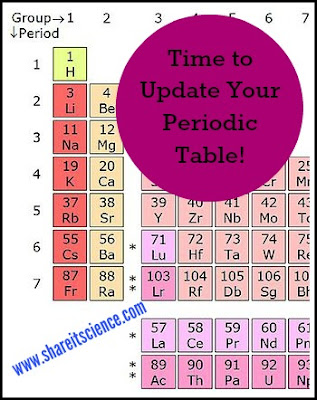 In what was a historic event for scientists, a headache for teachers and a boon for textbook publishers four new elements were added to the Periodic Table earlier this week, completing the 7th row. It is not quite time to start memorizing these new additions yet as they only have temporary names. Turns out they may not be officially named for many years due to the quirky naming process of elements!

The new members of the table are elements that do not exist in nature due to the fact that they are so unstable that they literally only last for milliseconds before decaying. In order to make their existence official after one group of researchers confirms they have created the element, another group of researchers must be able to replicate their results. It is a slow process! Some of these elements were first discovered in 2004 and it has taken this long to replicate them.

The four new elements have the temporary names: ununtrium, ununpentium, ununseptium, and ununoctium, or elements 113, 115, 117 and 118 respectively. Element 113 was discovered by the Japanese at RIKEN and the other three are being claimed as joint discoveries of Russia and United States.

This infographic does a great job of summing up what we know about the new elements. Click on the image for an enlarged view.

From a teaching standpoint, besides the fact that all of the periodic tables in books and on posters will be missing these new additions, the addition of these elements does not affect the basics of a high school chemistry course. As they are synthetic elements, they are not crucial for understanding the basics of chemistry. However, it is something that will need to be updated once they have their official names. What a tricky subject science is, always evolving! First all my astronomy materials were outdated when Pluto was demoted...and now this!

To read more about the new addition to the Periodic Table and some of the quirks of the elemental naming system, check out some of the links below. If you are looking for periodic table teaching resources you'll want to explore the list of over a dozen links and free apps at the bottom of my post for last year's Chemistry Week.  Keep in mind that those periodic table ones might be slightly out of date at the moment! 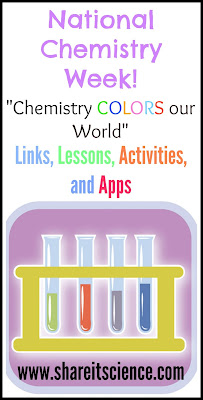 Email ThisBlogThis!Share to TwitterShare to FacebookShare to Pinterest
Labels: chemistry