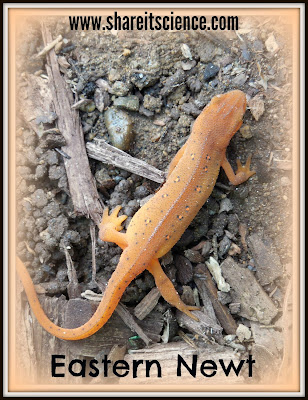 Not too long ago I picked up some potted plants that had been on the ground for a while to find these two newts underneath. These bright orange, red spotted amphibians are a favorite of mine. Lately, we have been seeing them almost daily on our early morning dog walks. I knew that this was an amphibian with an interesting life cycle, but I began to question why there are so many tiny ones around this time of year and how they deal with the cold winter months.

The orange newt is in its juvenile stage and is more accurately referred to as an "eft". Newts are a type of salamander, but unlike most salamanders the young part of their life takes place on land. Once they are adults they head back to the water. The adult newt, which is greenish with red spots, lays eggs in a pond or wetland in the early spring. They hatch and enter their larval stage. A larval newt is similar in color to the adult, but is smaller and has gills. The larvae feed on insects and other small invertebrates in the water. By late summer the larval newts have changed into orange efts and move onto land.

The efts grow up to 4.5 cm or just under 2 inches long (although I believe I've seen larger ones). They may stay in this juvenile stage for 3-4 years! Then they begin to darken in color and become adults, returning to a place where they can spend time in and around the water. Adult newts grow to be around 12 cm, or almost 5 inches long. An Eastern newt can live up to 15 years!
The bright orange color of the eft lets would-be predators know that it is poisonous. Although it lives on land it still must keep its skin moist. Most often you'll find them under logs or leaf litter, and dark moist parts of the forest. Over the winter the eft will hibernate in leaf litter on the forest floor. Brrr! The adult newt finds shelter away from frost just like the juvenile and hibernates over the winter.

The Eastern, or red spotted newt is the only newt native to North America. The range of the Eastern newt is north to the Canadian Maritime Provinces, south to Florida and Alabama and west over to Texas and up through the Great Lakes.

Have you spotted any tiny efts lately in your outdoor excursions? It's worth a look, they are beautiful little creatures! 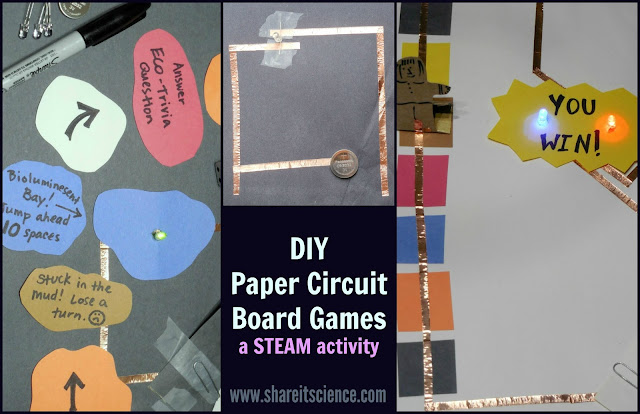